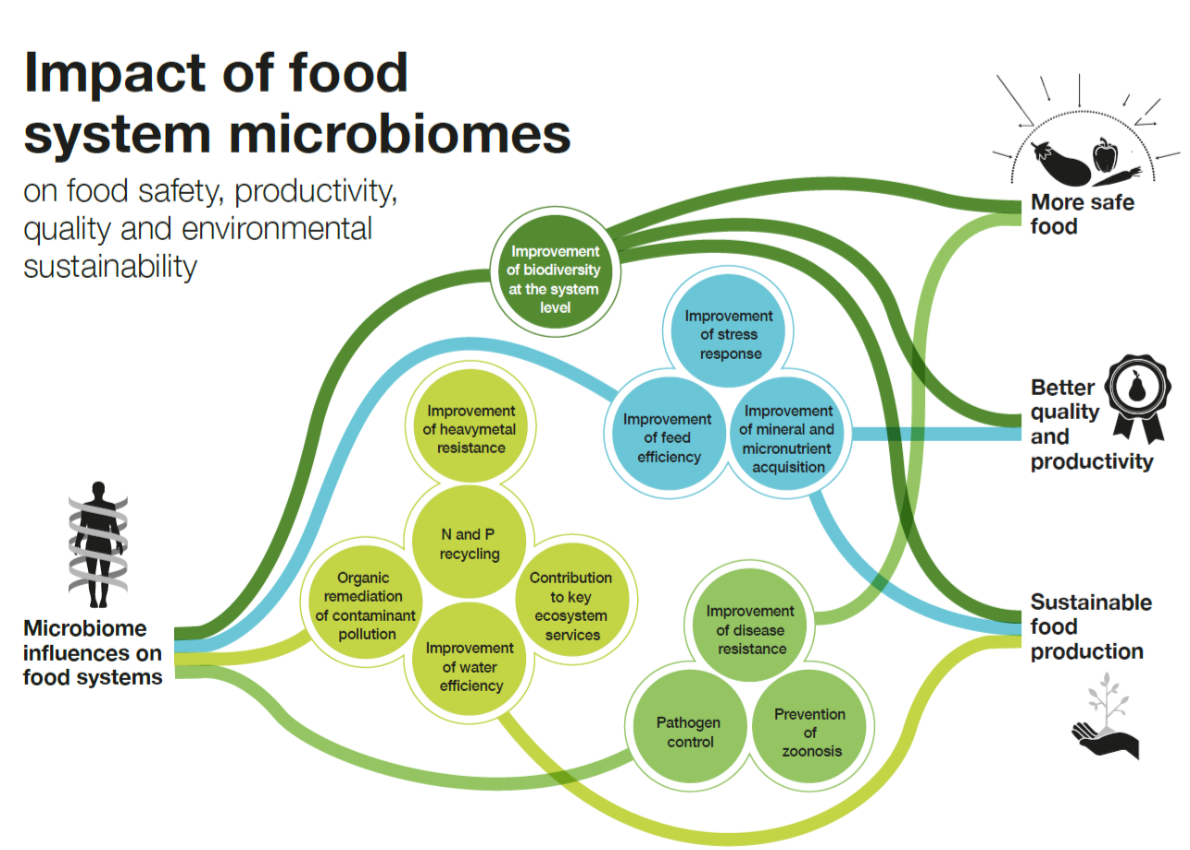 LASIGE Participates European Project “CIRCLES – Controlling mIcRobiomes CircuLations for bEtter food Systems”. Sara C. Madeira coordinates the LASIGE’s team, participating in all tasks in work package “Bioinformatics and systems biology: data storage, data integration and microbiome modelling”, and leading task “Modelling of microbiomes across food chains in relation to covariates and metadata”. The project coordinator is Marco Candela, UNIBO – University of Bologna, there are 30 participans from academia and industry all over Europe. FCiencias/LASIGE is the only Portuguese participant.

The project objectives are the following:

A food system is defined as a system that embraces all the actors (e.g. environment, people, inputs, procedures, processes, infrastructures, markets and trade organizations) and activities that are related to the production, processing, distribution, marketing, preparation, packaging and consumption of foods. Activity outputs, including environmental and socio-economic aspects, also need to be included in the food system as a whole.

Food systems play a Janus-faced role in the growth and development of the planet: while providing human societies with food, they exert strong pressures on natural resources such as energy, land, oceans, freshwaters, nutrients and biological diversity. Dramatically, the related-costs of these pressures on the environment are growing exponentially: climate change is occurring faster than expected and natural resources are being degraded more severely than previously thought (European Commission 3rd SCAR Foresight Exercise, “Sustainable food consumption and production in a resource-constrained world”, 2016). In parallel, common practices in food chains, such as the preventive antibiotic usage and/or pesticide utilization, with the reduction of animal and plant immunological performances, have a negative feedback on food safety, particularly in terms of selection and spread of antimicrobial resistance (AMR) and new or previously neglected spoilage and zoonotic microbes.

By 2050, the planet will be inhabited by 9.7 billion people, a figure ~30% larger than the current world population. This implies an unprecedented challenge for mankind: food systems need to boost the production of safe and nutritious food while drastically reducing their footprint on natural resources. Europe will be at the forefront of this challenge and as such, it will need to witness disruptive changes to its food systems (“Food 2030, European research & innovation for food & nutrition security”). Exploiting the micro- bial communities inhabiting and inter- actting with animals and plants, collec- tively referred to as the microbiome, has been proposed as one of the strategies underpinning these disruptive changes. Recent advances on sequencing and com- putational approaches empowered scientists with the necessary tools to decipher the metabolic potential of these microbial com- munities. This has opened new perspec- tives on the exploitation of this renewable resource of beneficial functions for the environment. Not surprisingly, microbiome gained centre-stage for human, plant, animal and ultimately, planet health. When translated to the food systems, studies unequivocally point at the microbiome as an untapped resource of probiotic functions for the main actors implicated in food systems (i.e. soil, plant/animal, feed, food, farm, processing, wastewaters, sediments, workers and consumers) ultimately determining the food system productivity, quality, safety and sustainability.

However, despite this increased recognition for the microbiome, there is an urgent need of studies providing decision-makers, academia and companies with an integrated vision of and testing microbiomes impact on food systems, from farm to fork.
CIRCLES main goal is to fill this knowledge gap by discovering, translating and communicating innovative, microbiome-based applications to enhance food system performances and their sustainability. To achieve this goal, CIRCLES foresees 3 main phases: i) discovery phase, aimed at improving microbiome knowledge, ii) translation phase, aimed at exploiting knowledge to design and test concrete and innovative microbiome applications, and iii) communication phase, aimed at increasing the awareness of the general public on microbiome innovations.