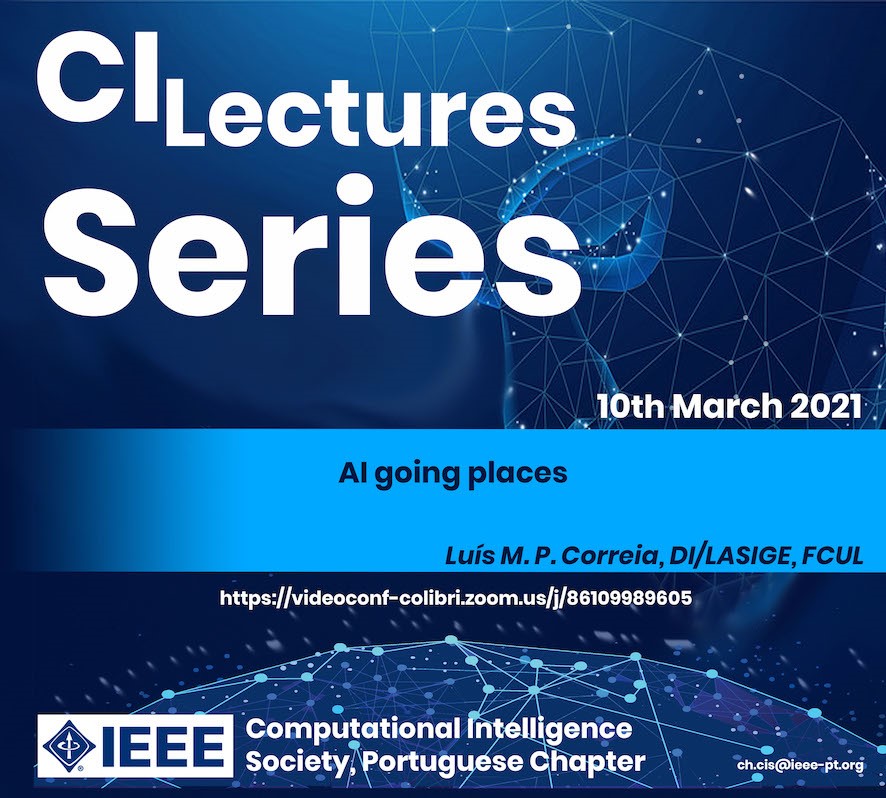 Its abstract was: artificial intelligence (AI) has been pervading different domains of activity with a recent burst resulting from scientific and technological advancements in the field. Autonomous driving, cognitive computation, board game playing are some of the most publicized ones. A brief review of different success cases will be followed by a description of advancements that are currently under research with relevant first steps. The particular aspect of new forms of embodiment of intelligence will be analyzed in more detail. Computational systems are typically static and have a limited sensorial capability. However, the networking capability of such systems allows them access to enormous amounts of data and to a growing number of devices sensing the physical world, which increases their knowledge and perception capabilities. This connection goes beyond physical devices. Computational intelligence teaming with humans and other living forms is stepping up. The possibilities open are vast and the society must take an active part in guiding their development.