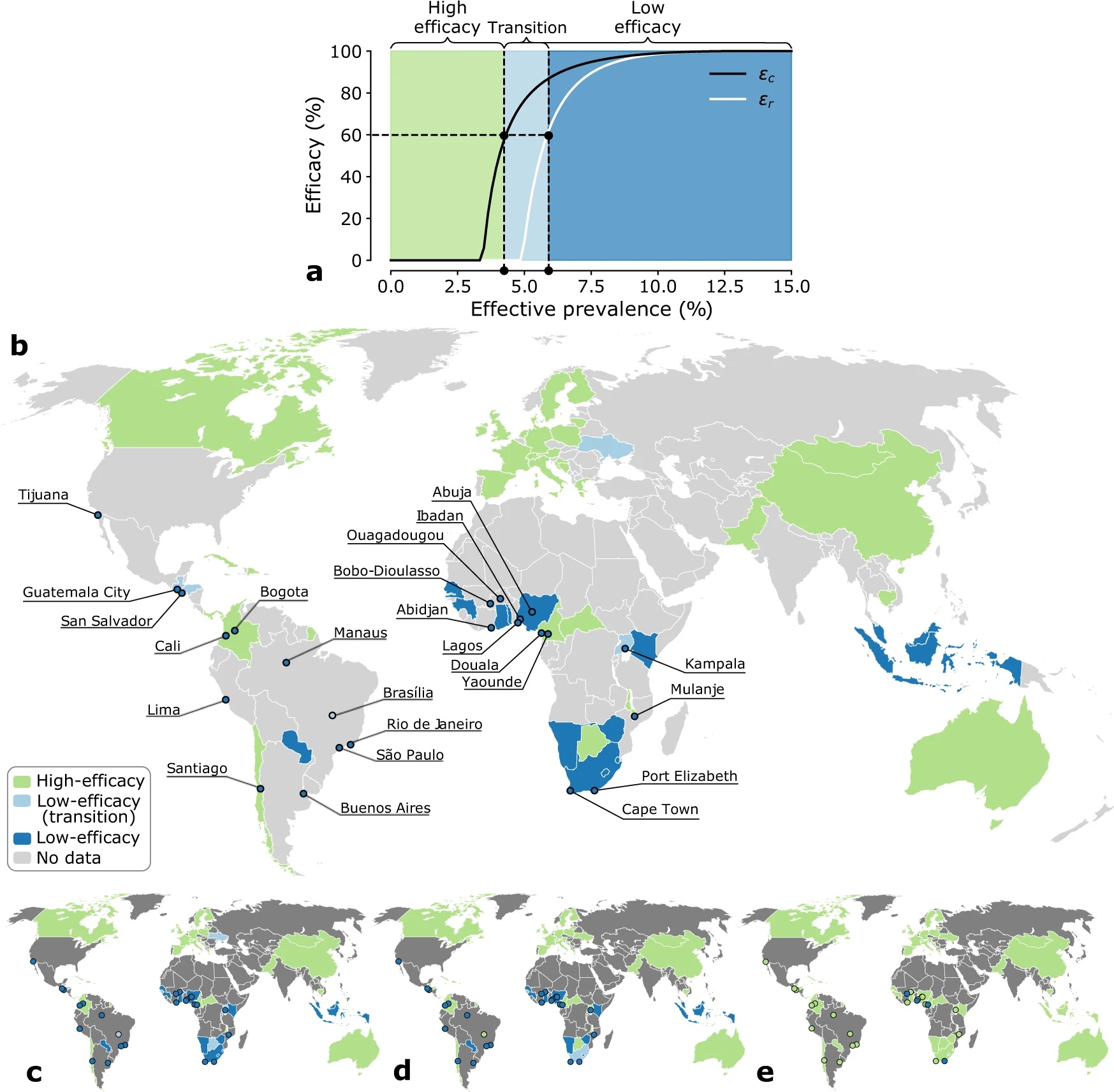 Epidemic control often requires optimal distribution of available vaccines and prophylactic tools, to protect from infection those susceptible. Well-established theory recommends prioritizing those at the highest risk of exposure. But the risk is hard to estimate, especially for diseases involving stigma and marginalization. The authors address this conundrum by proving that one should target those at high risk only if the infection-averting efficacy of prevention is above a critical value, which we derive analytically. They apply this to the distribution of pre-exposure prophylaxis (PrEP) of the Human Immunodeficiency Virus (HIV) among men-having-sex-with-men (MSM), a population particularly vulnerable to HIV. PrEP is effective in averting infections, but its global scale-up has been slow, showing the need to revisit distribution strategies, currently risk-based. Using data from MSM communities in 58 countries, the authors find that non-selective PrEP distribution often outperforms risk-based, showing that a logistically simpler strategy is also more effective.

A theoretical formalism was set up to identify the best strategy for population-level distribution of primary prevention. It was found that the infection-preventing efficacy of prevention, disease prevalence, and the underlying contact structure determine under which conditions nonselective distribution of prevention outperforms risk-based distribution. As prevalence goes down and treatment increases, focusing on protecting individuals at the highest risk will likely become the best-performing strategy. At the same time, more consistent use of oral PrEP, or new long-acting PrEP formulations may speed up the progression to the high-efficacy region. When this happens, it is possible that many communities will find themselves in the transition zone, at least temporarily. There, risk-based distribution should already be favored over non-selective distribution, as in the high-efficacy region.

HIV prevention is but one public health challenge in which the low-efficacy region may be present: Whenever vaccination campaigns aim at reducing incidence in high-prevalence settings, estimating the value of critical efficacy could help optimize vaccine distribution. It might be the case, for instance, of Plasmodium falciparum malaria, as a new vaccine formulation may soon become available. When this happens, adapting our theory to malaria – both in terms of vector-borne transmission and mixing network – will help inform roll-out, especially where parasite prevalence is high.