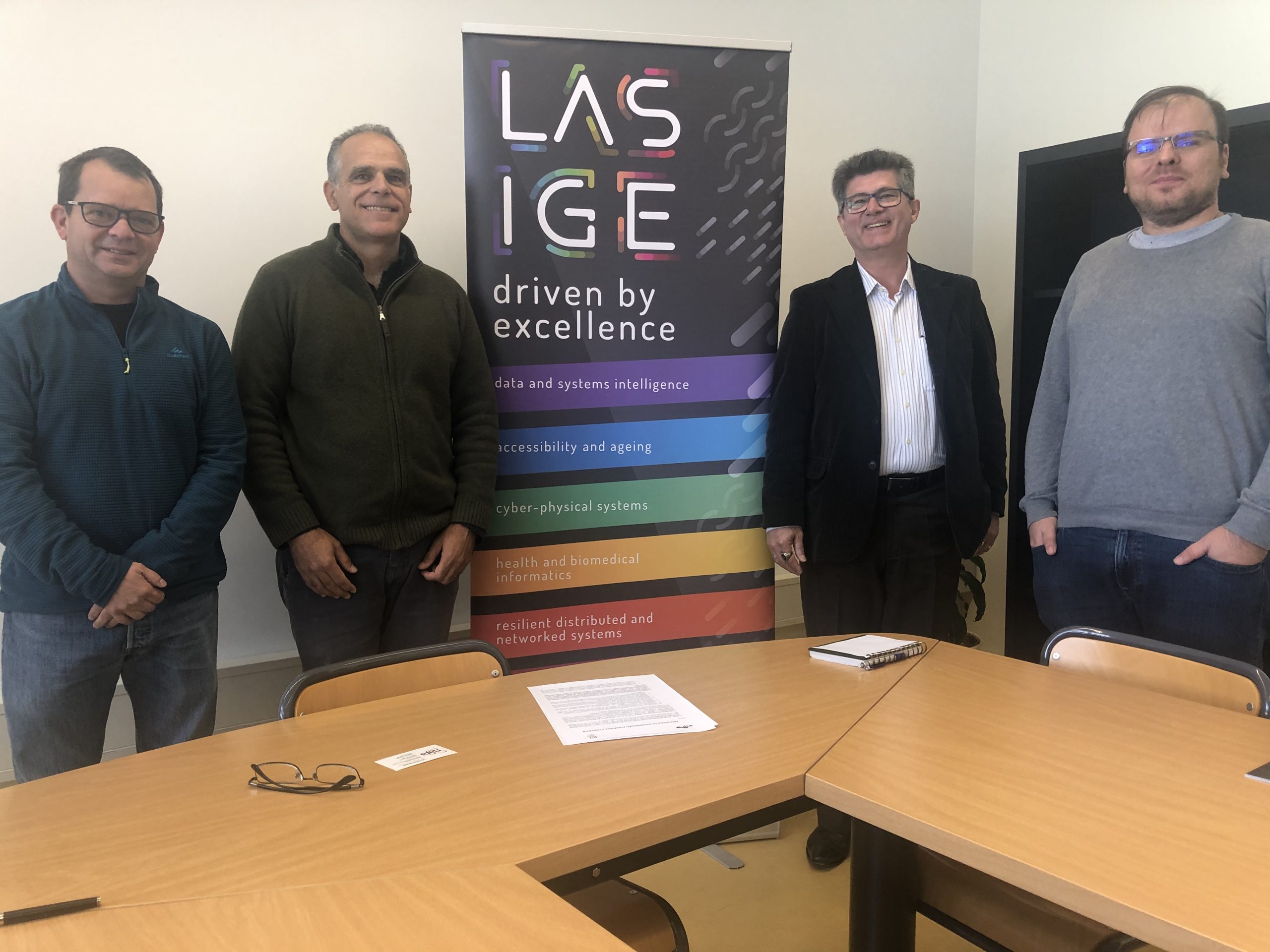 LASIGE signed today a protocol with ANSP – An Academic Network at São Paulo, that “provides to the State of São Paulo (Brazil) research community, computer networking connectivity on the state of the art”.
​
It aims to establish the terms of a collaborative and cooperative relationship between the scientific and academic communities, of LASIGE and ANSP, aiming to maximize the complementarities and synergies between the two institutions.

It intends also to disseminate technical and scientific knowledge in Advanced Networks and the economic impacts of the projects developed or promoted by LASIGE or/and ANSP.