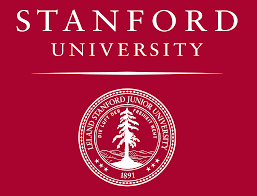 We are pleased to announce that another LASIGE former member, João Marques-Silva, is one of the top scientists in his research area: Artificial Intelligence & Image Processing.

He has been featured on the list of the top 2% career and also at the top 2% for the single year (2019), of the world's most-cited scientists compiled by the prestigious Stanford University, California, USA.

This database includes the top 2 percent of scientists of the world from different fields on the basis of standardized citation indications. These include information on the number of citations, H -Index, co-authorship and a composite indicator. The results were published in Mendeley Data recently and they have been classified into 22 scientific fields and 176 sub-fields in the report. This large database created by experts at Stanford University led by Dr John Ioannidis is also based on data from Scopus that ranks journals and gives a citation index. And why this study? Because there is no large scale database that systematically ranks all the most-cited scientists in each and every field to a sufficient ranking depth. There are some like Google Scholar that allow scientists to create their profiles and share them in public.