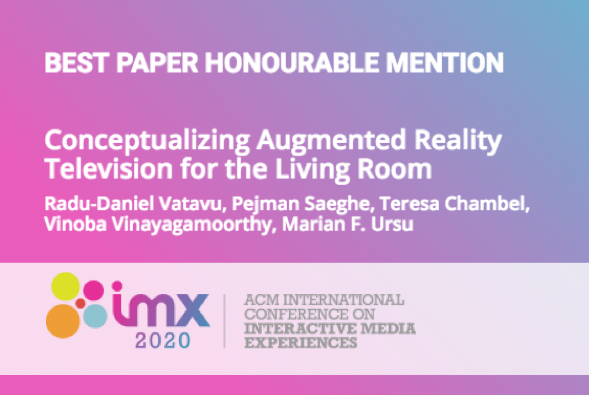 ACM IMX is the leading international conference for presentation and discussion of research into interactive media experiences. The conference brings together international researchers and practitioners from a wide range of disciplines, ranging from human-computer interaction, multimedia engineering and design to media studies, media psychology and sociology. Known until 2019 as ACM TVX, it is supported by ACM SIGCHI and ACM SIGMM.

Teresa Chambel is Executive Vice-President of the ACM IMX Steering Committee, and at ACM IMX 2020 she was also a mentor at the Doctoral Consortium.