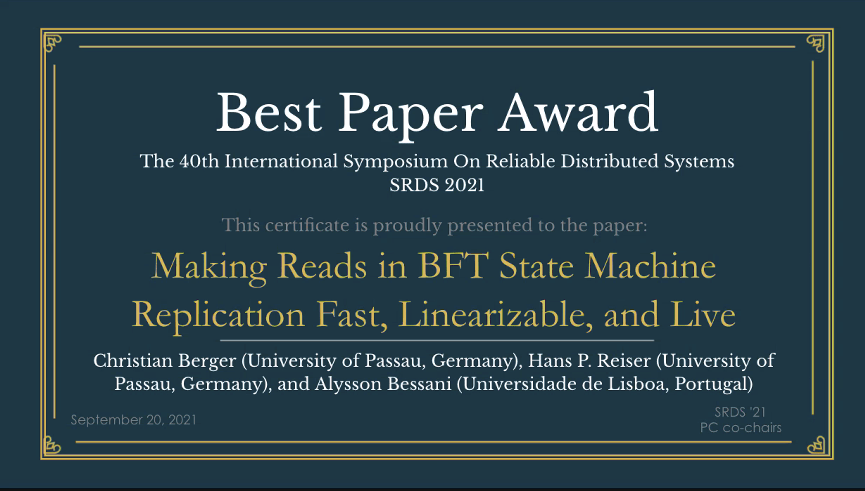 Notably, the problem affects not only the optimized read-only operations but also standard, totally-ordered operations. The researchers showed this weakness by presenting an attack in which a malicious leader blocks correct clients and presented two solutions for patching the protocol, making read-only operations fast and correct. The two solutions were implemented on BFT-SMaRt and evaluated in different scenarios, showing their effectiveness in preventing the identified attack.

The preprint can be found here

SRDS 2021 is a forum for researchers and practitioners interested in distributed systems design, development, and evaluation, with an emphasis on reliability, availability, safety, dependability, security, verification, and real-time systems. It was held virtually in September, 20- 23, 2021.