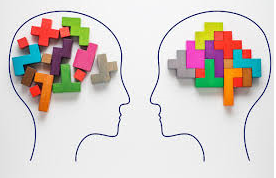 “Logic is the essence of logos, a Greek term which means, variously, “speech”, “language” and “reasoning”. It is thus, to use Kant’s definition, a science which meticulously sets out and rigorously demonstrates the formal rules of all thought”, expressed Ms. Audrey Azoulay, Director-General of UNESCO, on the occasion of World Logic Day.

“Logic has been a key element in the development of the sciences, engineering, cognitive psychology, linguistics, and communication. A wellspring of innovation, logic has always been a veritable catalyst for change. At the dawn of this new decade – indeed, now more than ever –the discipline of logic is utterly vital to our societies and economies. Computer science and digital technology, which provide the structure for today’s ways of life, are rooted in logical and algorithmic reasoning.
Artificial intelligence (AI), the unprecedented progress of which constitutes a technological and even anthropological revolution, is itself founded on logical reasoning. Through the drafting of the first global standard-setting instrument concerning the ethics of AI, UNESCO has undertaken to establish an ethical framework for this innovative product of logic. Logic is ever-present: when you use AI software, when you turn on your computer when you develop an argument.
This date was chosen in honor of two great logicians of the twentieth century: Kurt Gödel and Alfred Tarski. Gödel, who died on 14 January 1978, established the incompleteness theorem, which transformed the study of logic in the twentieth century. Tarski, who was born on 14 January 1901, developed theories that interacted with those of Gödel.”

LASIGE joins this celebration as it shares a commitment to the promotion of a culture based on the principles of logic: conscience, knowledge, and reason.