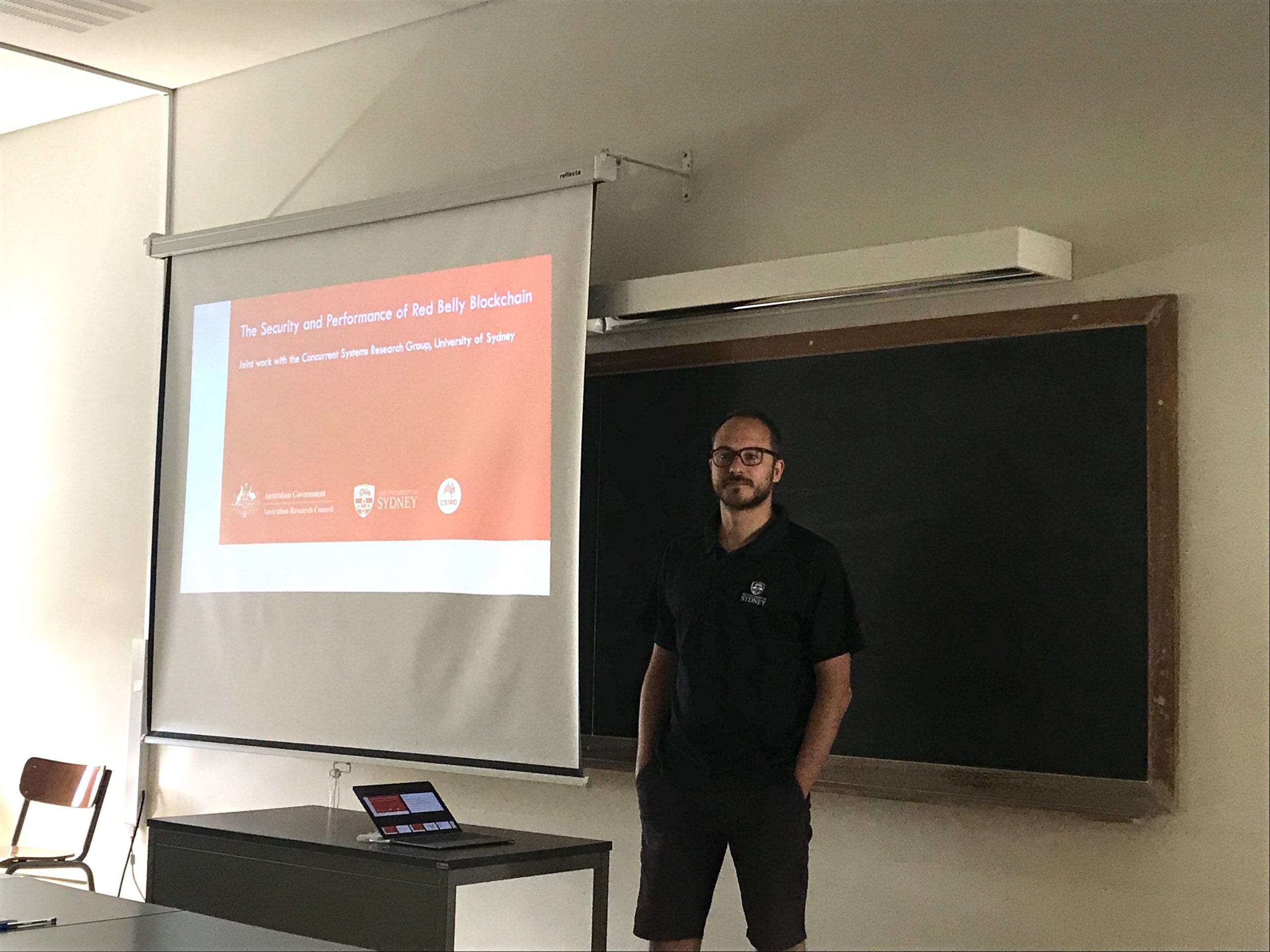 Vincent Gramoli, Associate Professor at the University of Sidney is visiting LASIGE, taking meetings with our researchers. Vincent is also giving a talk titled “The Security and Performance of Red Belly Blockchain”.

Abstract:
Red Belly Blockchain is a blockchain system that has been developed by the Concurrent Systems Research Group for the last 3 years.
Its novelty lies in a leaderless consensus-based Replicated State Machine optimized for the CPU-intensive verification of transaction signatures and the network-intensive Byzantine consensus. It scales to hundreds of geo-replicated nodes and achieves a latency of 3 seconds on 1000 replicas spread in 4 continents.
In this talk, I will present some of our system optimisations and will discuss our recent achievements allowing us to detect malicious nodes responsible of disagreement when t>=n/3 and the recent machine-checked verification of Red Belly’s Byzantine consensus algorithm.

Bios:
Vincent Gramoli is an Associate Professor in Distributed Computing at the University of Sydney. He has been affiliated with Cornell University in the US, INRIA in France, EPFL in Switzerland and CSIRO in Australia. He is the Chair of the Blockchain Technical Committee  for the Australian Computer Society and a Future Fellow of the Australian Research Council.