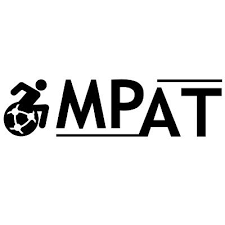 About: The aim of MPAT workshop is to showcase recent advancements in mobile and pervasive assistive technologies, connecting researchers and practitioners working in the fields of accessibility and pervasive systems. MPAT is collocated with the 19th International Conference on Pervasive Computing and Communications (PerCom 2021), which will be held virtually between March 22-26, 2021.

Abstract: User-centred design (UCD) is deprecated. In areas like accessible computing and assistive technologies, where differences among users, and often from users to researchers, are wide, occasional checkpoints with representative users are not enough. In any research area, research scientists are experts in their matter of study. In an area where the most important and complex component is a human being (with a spectrum of abilities, contexts, experiences and needs), the researcher is required to be an expert, eventually a main actor, and not just an occasional visitor. In this talk, the researcher depart from the argument that UCD should not be used as an excuse for superficial and stereotypical technology-focused research. This is of utmost relevance in pervasive contexts where the importance of often unaccounted variables is higher than in more specific environments. It will be presented the work done in collaboration with a community of people with visual impairments characterized by deep engagements over a period of more than 14 years. It will be telling stories of prototypes covering ideation with representative users, co-design, development and evaluation and also making the case for building and assessing prototypes in ecological contexts over longitudinal periods, whenever possible, as a way to derive knowledge and implications that are not just speculations. Last, it will be discussed the collateral impacts of this way of doing research, namely on how to engage with communities, sustainability of prototypes, and ethics of deep engagements.

Biography: Tiago Guerreiro is an Assistant Professor at Faculdade de Ciências, Universidade de Lisboa, and a senior researcher at LASIGE. His main areas of expertise are Human-Computer Interaction, Interaction Design for Healthcare, and Accessible Computing. His research is focused on improving health and accessibility through technology, following a user- and data-driven approach, pillared by deploying and assessing technological artifacts in-the-wild. In these areas, he has published 75+ peer-reviewed papers. He received awards for 10+ papers, including at CHI, ASSETS, and MHCI, and an ACM Best of Computing award in 2016. He was the ASSETS 2020 General Chair, Web for All General and Program Chair, in 2016 and 2015, respectively, was Chair of the “Accessibility & Aging” Subcommittee for CHI 2019, among many other service roles. He is ACM Transactions on Accessible Computing Editor-in-Chief. He participated in 10+ EU projects (including an ongoing IMI project on digital endpoints for PD). He was an expert evaluator for H2020 EU PHC, EIT Health, CMU Portugal, and ERA ICPermed calls and was an invited expert supporting the European Commission in implementing the Web Accessibility Directive. He is the chair of Ciências’s Ethics Review Board, the coordinator of LASIGE’s research line on Accessibility and Aging, and a member of the coordination board of the Data Science Master at Ciências.