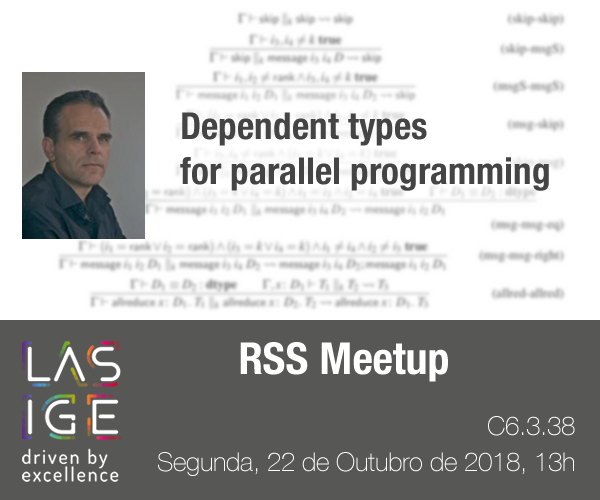 We present a type discipline for parallel programs. The model we have in mind comprises a fixed number of processes running in parallel and communicating via collective operations or point-to-point synchronous message exchanges. A type describes the protocol to be followed by all processes in a given program. We present the type theory, a core imperative programming language and its operational semantics, and prove that type checking is decidable and that well-typed programs do not deadlock. The talk is accompanied by a large number of examples drawn from the literature on parallel programming.