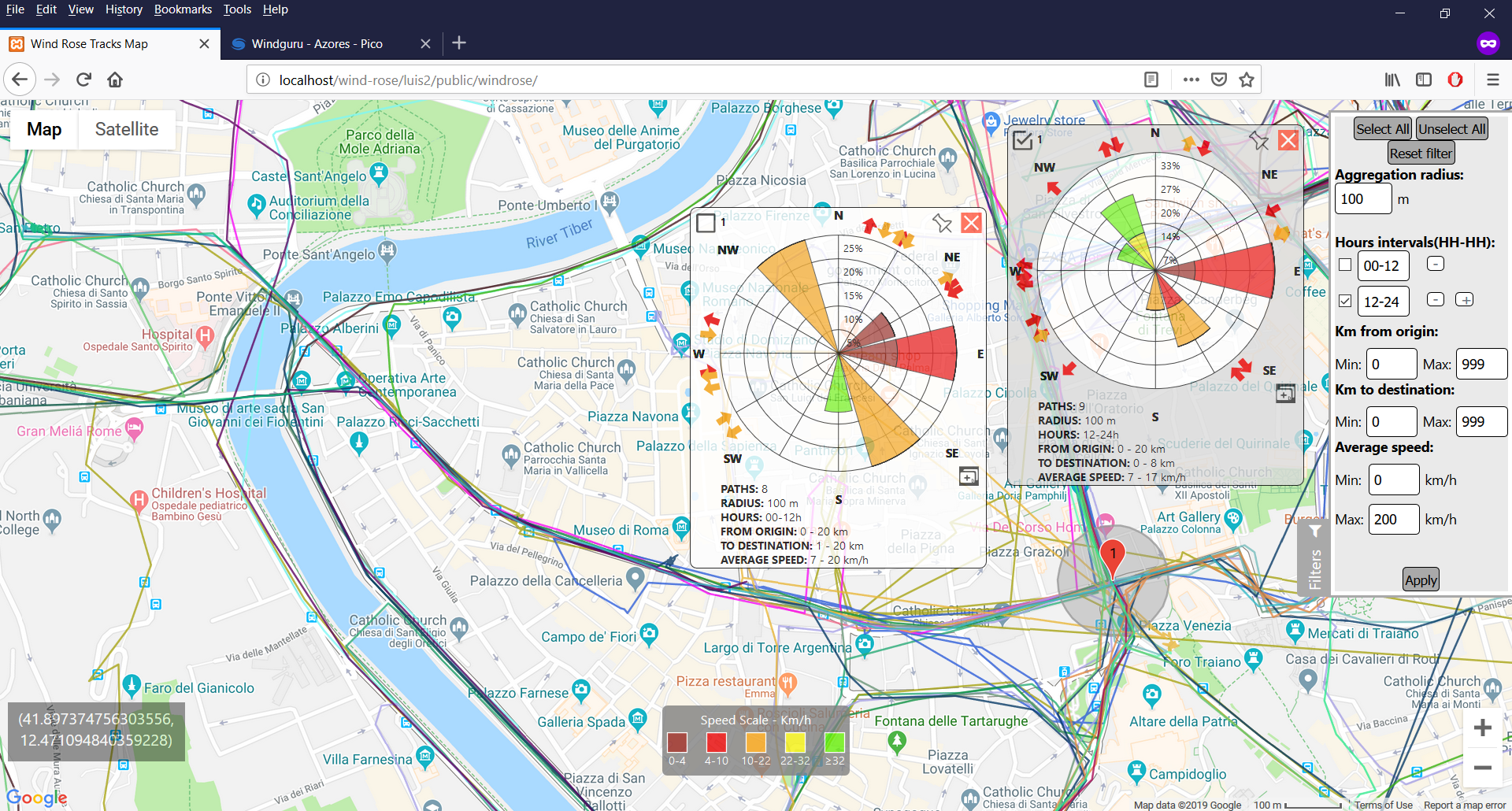 This prototype is a system for analyzing trajectories using graphics inspired in wind roses. The elements of the rose include petals that aggregate trajectories given their direction and that also show their average speeds within an area around a point in a map, as well as arrows that point to the origin and destination of the trajectories.

The user can interact with the rose by applying filters for time, origin and destination distances, and average velocity, and by adjusting the aggregation radius, allowing, for instance, the visualization of commuting patterns in a city. The system offers a new way of analyzing trajectories, based on a classic visualization technique for aggregating wind data, contributing to the body of knowledge in the area of visual analytics.​​