LASIGE will be at ULisboa’s Scientific Conferences 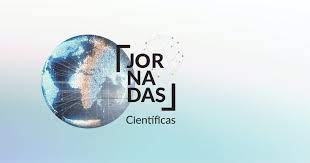 On the 28th of June, 2022, the ULisboa Scientific Conferences on Colleges and Networks, titled “The 2030 Agenda for Sustainable Development: Embracing Societal, Technological and Environmental Challenges at ULisboa”, will be held at the Rectory of the University of Lisbon (ULisboa), with the support of Fundação para a Ciência e Tecnologia (FCT), the Foundation that supports Science and Technology in Portugal.

ULisboa has 5 Colleges: the Mind-Brain, the Tropical, the Chemistry, the Food, Farming and Forestry, and the Polar Sciences and External Environments.

The College Mind-Brain was opened in 2015, and covers several areas such as Artificial Intelligence and Computer Science (Ciências/UL), Robotics (IST/UL), Philosophy and Linguistics (FLUL), Neurosciences (FMUL), Psychology (FPUL), and Pharmacy (FFUL), and one of the goals of this College is to articulate Masters and Doctorates, via interdisciplinarity and crossing disciplines (Artificial Intelligence, Linguistics, Neurosciences, Robotics, Psychology), as in Cognitive Science, involving teachers and students, promoting workshops, annual meetings, and publishing newsletters.

Further information can be found here.