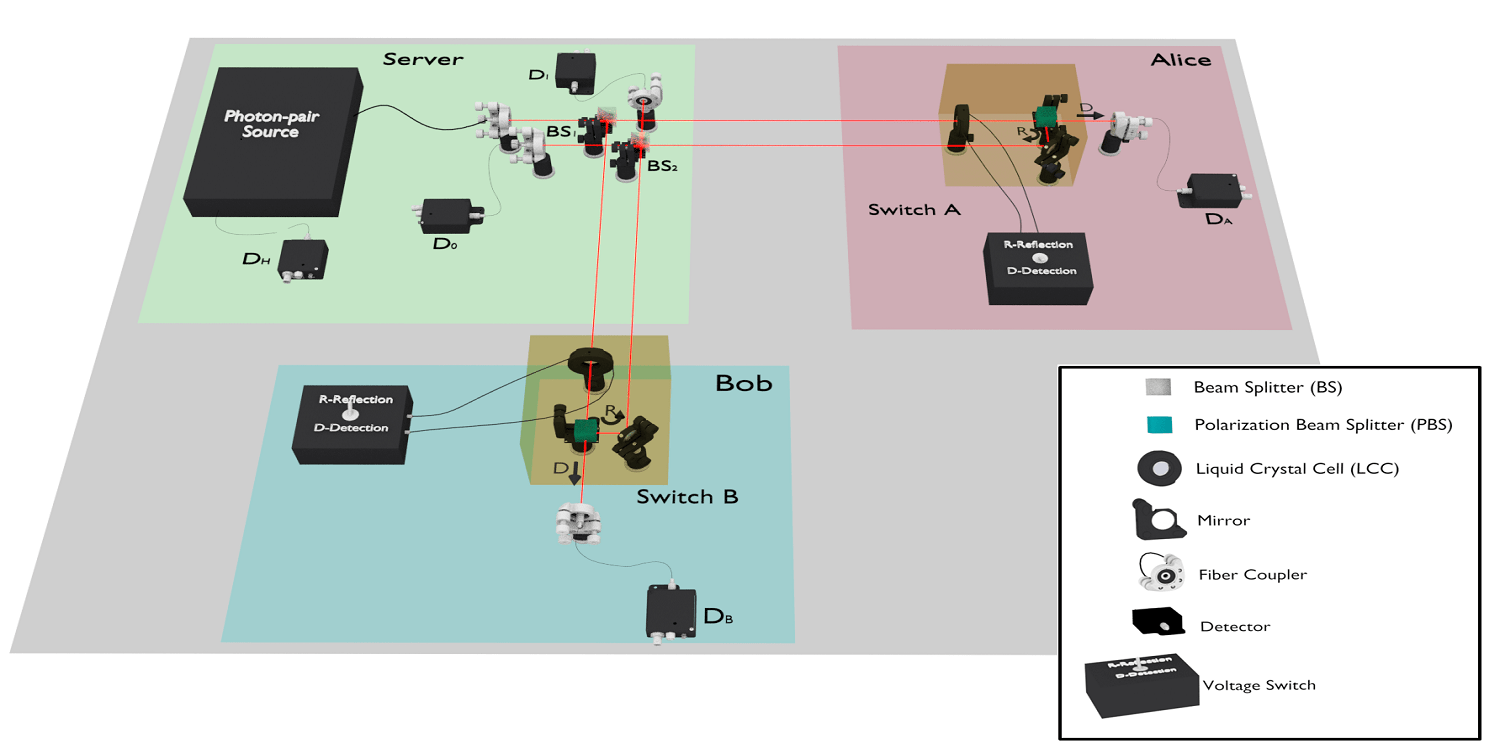 Quantum key distribution, which allows two distant parties to share an unconditionally secure cryptographic key, promises to play an important role in the future of communication. For this reason, such a technique has attracted many theoretical and experimental efforts, thus becoming one of the most prominent quantum technologies of the last decades. The security of the key relies on quantum mechanics and therefore requires the users to be capable of performing quantum operations, such as state preparation or measurements in multiple bases. A natural question is whether and to what extent these requirements can be relaxed and the quantum capabilities of the users reduced. Here we demonstrate a novel quantum key distribution scheme where users are fully classical. In our protocol, the quantum operations are performed by an untrusted third party acting as a server, which gives the users access to a superimposed single photon, and the key exchange is achieved via interaction-free measurements on the shared state. We also provide a full security proof of the protocol by computing the secret key rate in the realistic scenario of finite-resources, as well as practical experimental conditions of imperfect photon source and detectors. Our approach deepens the understanding of the fundamental principles underlying quantum key distribution and, at the same time, opens up new interesting possibilities for quantum cryptography networks.