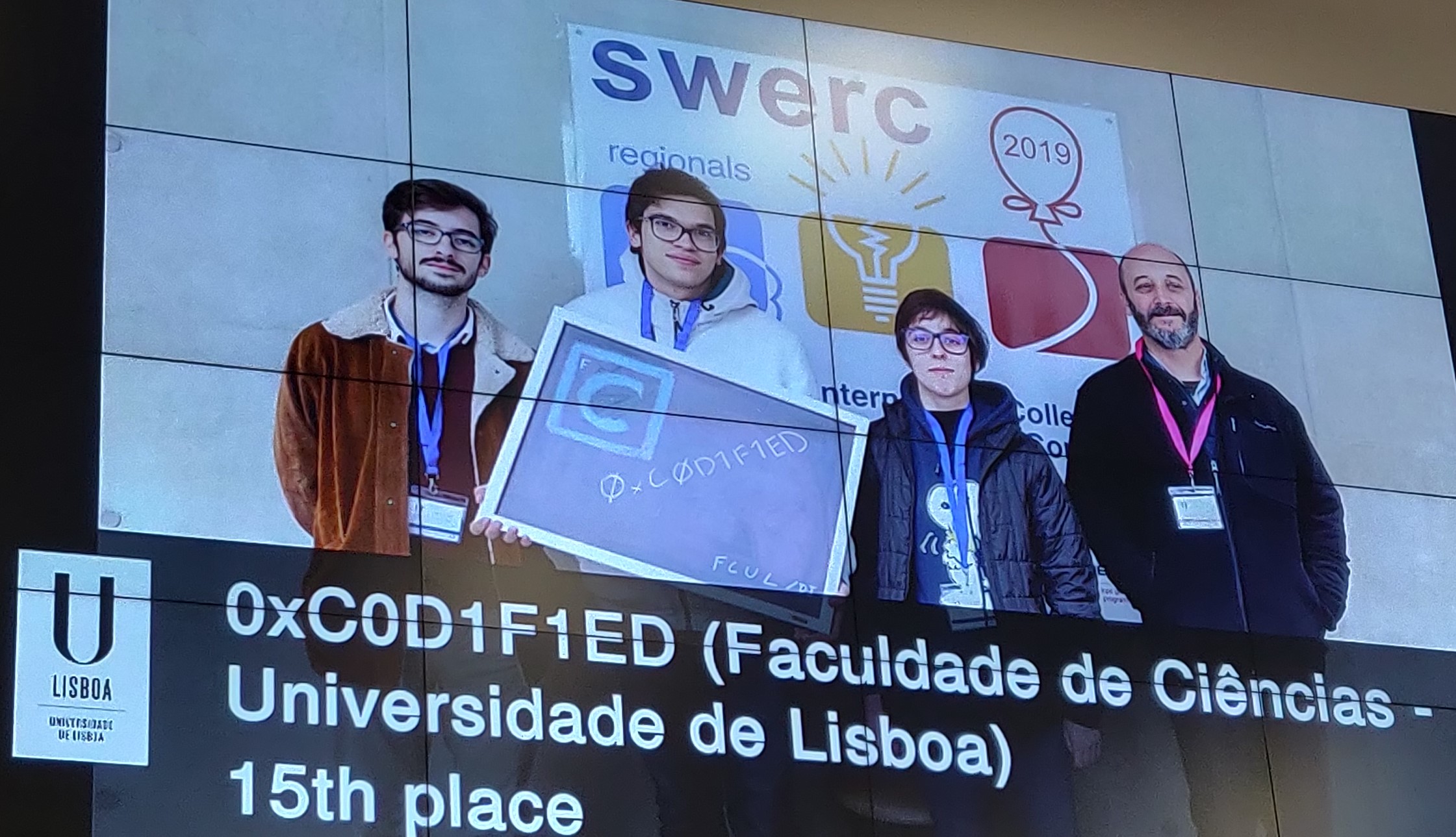 The competition consists in solving 12 programming problems. Finding a solution is not enough, the solution must meet efficiency requirements. The computation time is limited for each problem. The team was able to solve the first problem after 12 minutes and the second after 15 minutes. The third problem was resolved after 80 minutes, after two attempts. Then the suffering started! The problems were really difficult. The fourth was resolved after 217 minutes and four attempts. The scoreboard is frozen for the last hour. During the last hour, the team managed to solve three more problems, going from 31st place to 15th. At the national level, only the IST team was ahead (8th place).

SWERC is a 5-hour on-site programming contest for teams of three students, focused on algorithmic problem solving and practical coding. It is open to teams from France, Israel, Italy, Portugal, Spain, and Switzerland.

SWERC serves as the regional selection phase for the International Collegiate Programming Contest: the winning team(s) of SWERC will advance to the ICPC World Finals in Moscow and compete against teams from all over the world. With more than 40 years of existence, ICPC is the premier global programming competition conducted by and for the world's universities. It fosters creativity, teamwork, and innovation in building new software programs, and enables students to test their ability to perform well under pressure. In 2018, 52,709 of the finest students in computing disciplines from 3,233 universities competed worldwide in the regional phases of this contest.