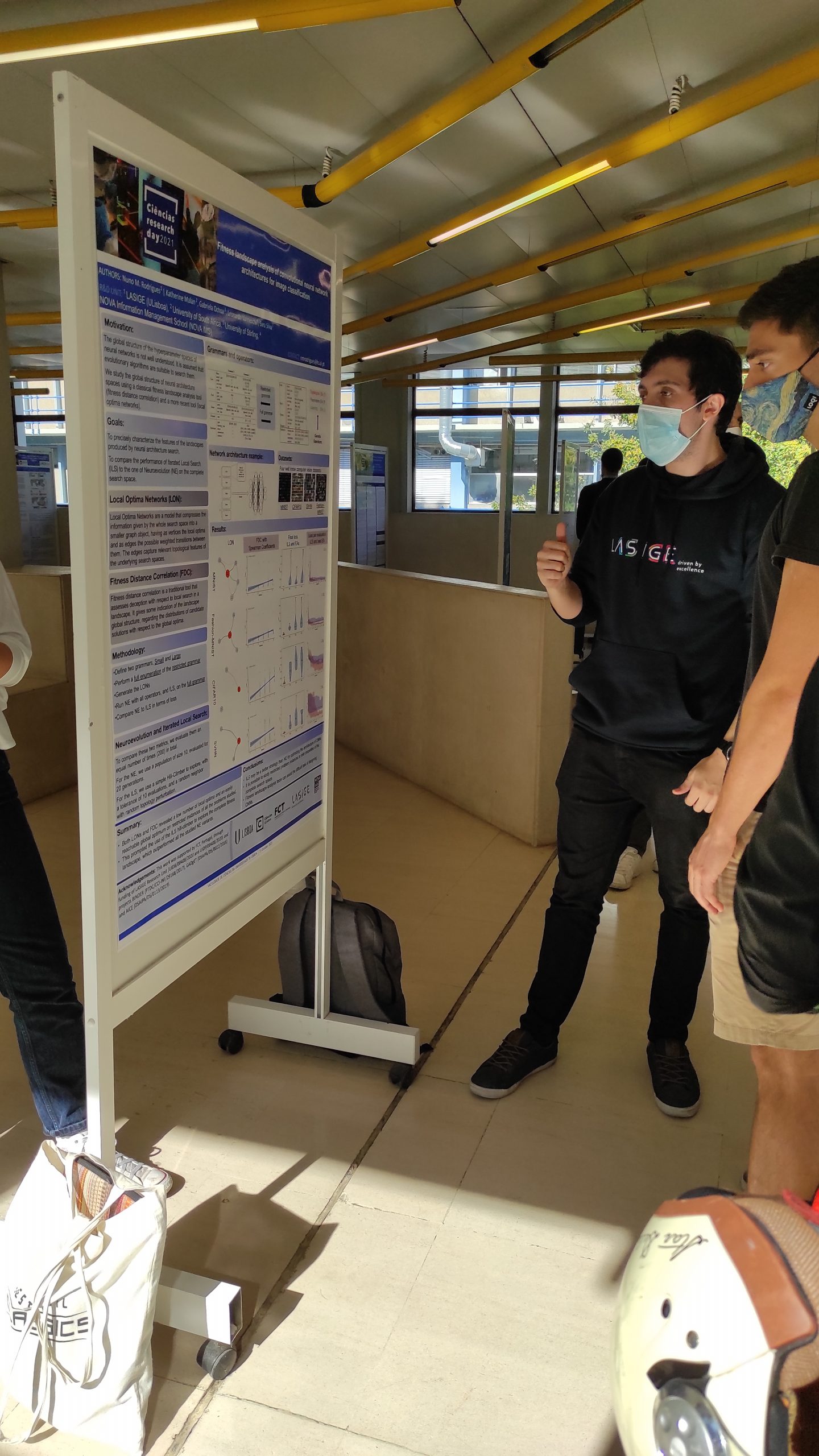 Our students also presented some posters:

And it was also time to a speed-date with a Data Scientist, João E. Batista, about: “Biology and Computer Science are too different? Come have a chat with a Data Scientist that is working with Genetic Programming, one of the many Evolutionary Computation methods that are inspired by the evolutionary theories of Charles Darwin. Using these methods, the algorithm evolves a population of Artificial Intelligence models that compete among themselves for a higher chance of propagating their genetic code through crossovers and mutations. This system allows the evolution of almost anything, from satellite antennas to AI bots for games. Considering that “In nature, biological structures that are more successful in grappling with their environment survive and reproduce at a higher rate”, John R. Koza, author of Genetic Programming (1992)”.

This annual event intends to give visibility to cutting-edge research and to the distinguished researchers, by their peers, at the Faculty of Sciences of the University of Lisbon.

The event is available: here.