LASIGE is sponsoring two keynotes in the International Conference on Graphics and Interaction (ICGI 2018), taking place at the Faculty of Sciences of the University of Lisbon. As such, LASIGE researchers are welcome to attend the keynotes: 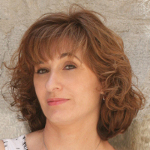 Short Bio: Prof. M.-Carmen Juan holds a position of Full Professor of Computer Science at the Universitat Politècnica de València, where she has taught since 1996. M.-Carmen Juan as a researcher is member of the Instituto Universitario de Automática e Informática Industrial (ai2),
and as a professor is member of the Departamento de Sistemas Informáticos y Computación (DSIC). Her research focuses on Human-Computer Interaction, mainly on Augmented Reality and its applications to psychology and learning. She has participated in more than 50 projects, being principal investigator of 15 of them. She has around 100 papers published in journals with outstanding positions in the list of the Journal Citation Reports (JCR), or published in conference proceedings of comparable quality to journals indexed in JCR. Moreover, she has more than 250 contributions. M.-Carmen Juan has supervised 7 doctoral theses, more than 30 master theses and more than 50 Final Degree Projects.

Keynote Title: Virtual Reality and Augmented Reality applied to psychology
Virtual Reality (VR) and Augmented Reality (AR) applied to psychology have brought many benefits compared with traditional methods. For example, in vivo exposure, patients have to face their real fears, with the problems that this implies. In imagination exposure, patients have to imagine what the therapist indicates, but the therapist do not have control over it. With VR/AR, the virtual objects cannot hurt the patient. The therapist control the system (e.g., the appearance of virtual elements). In this talk, a brief introduction about the topic will be presented and the work carried out in the research group of Prof. Juan will also be explained. Specifically, with regard to phobias, AR systems for the treatment of phobia to small animals and VR/AR systems for acrophobia will be shown. With regard to the assessment of spatial memory, VR/AR systems involving visual and auditory stimuli will also be presented. 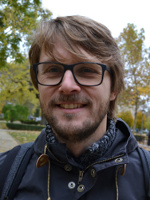 Short Bio: Jaroslav is an associate professor of computer science at Charles University, Prague, and a co-founder and the Director of Research of Render Legion, a.s., the company behind Corona Renderer. Previously, he was affiliated with Cornell University, Czech Technical University, Prague, and University of Central Florida. Jaroslav received his Ph.D. from INRIA Rennes, France. His primary research interest is in realistic rendering, especially Monte Carlo methods for light transport simulation. His technology was adopted, among other, by Weta Digital, PIXAR, Allegorithmic, and of course Render Legion and Chaos Group. Jaroslav was selected for the New Europe 100 “list of outstanding challengers from Central and Eastern Europe”.

Keynote Title: From nuclear reactors to pretty pictures and 3D prints
Computer generated images have become a natural part of our lives and, at the same time, 3D printing technology is maturing and becoming more and more widespread. In this talk, I discuss some of my research on the tech behind generating photorealistic images and controlling appearance of 3D prints. I show that these two seemingly different topics share the same basis: accurate simulation of the behavior of light. Origins of this computational problem can be traced back to the development of first nuclear weapons in the Manhattan project, and to names like von Neumann, Fermi, or Ulam. I will show how some of the lessons learned from these very roots have been used to boost performance of production renderers.