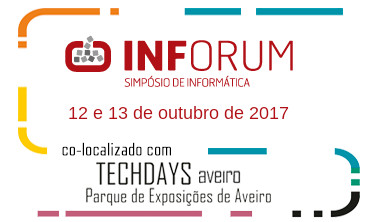 The 2017 INForum – Simpósio de Infomática edition, the most renowned National event in computer Science, received, as common since its first edition, a strong LASIGE participation with 14 authored/co-authored articles and 17 registrants from the unit taking part at the sympsosium, held in Aveiro, Portugal, October 12-13, 2017.

Two other LASIGE articles were on the nomination list for the above mentioned award, namely: