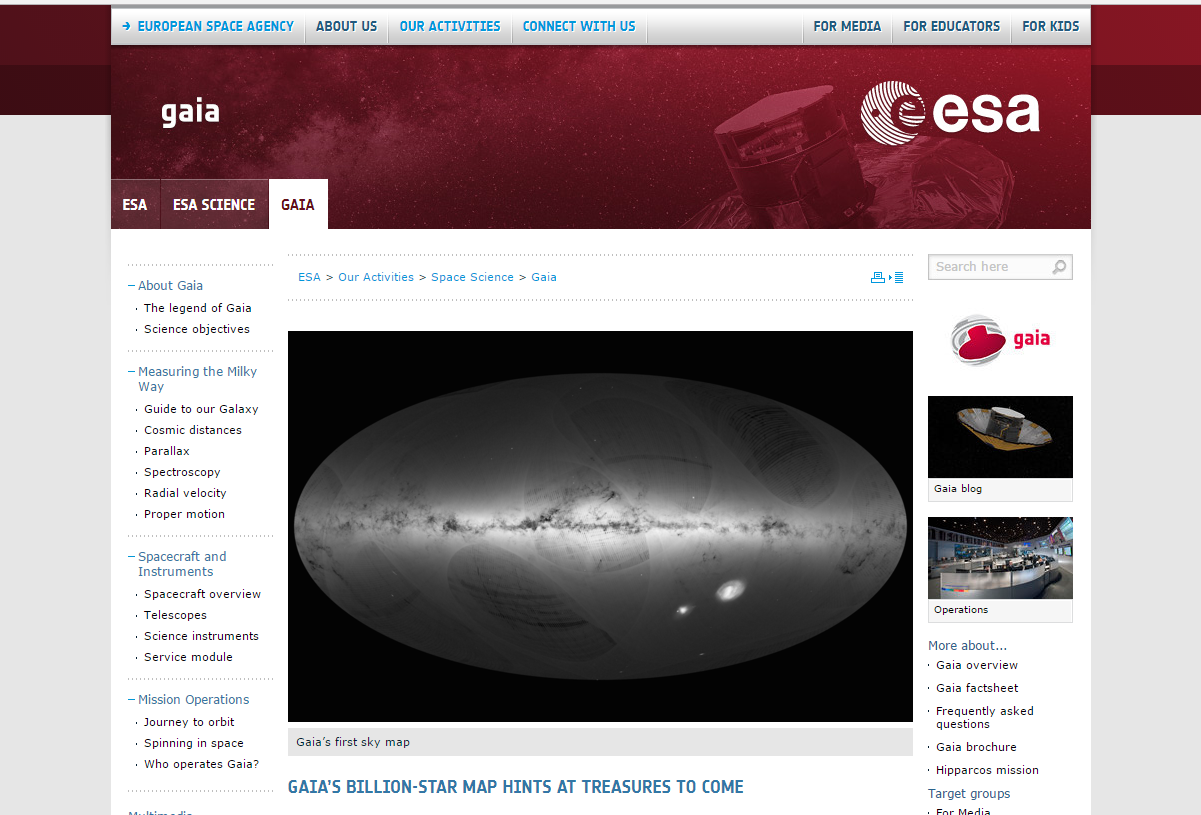 The European Space Agency (ESA) published the billion-star map, develloped by Márcia Barros. The map is the first catalogue of more than a billion stars from ESA’s Gaia satellite – the largest all-sky survey of celestial objects to date.

On its way to assembling the most detailed 3D map ever made of our Milky Way galaxy, Gaia has pinned down the precise position on the sky and the brightness of 1142 million stars.

The work that lead to the map, “A pipeline to produce a scientifically accurate visualisation of the Milky Way” by Márcia Barros, Francisco M. Couto, Hélder Savietto, Carlos Barata, Miguel Domingos, Alberto Krone-Martins, and André Moitinho, was recently presented at INFórum 2016.

More about the work:
This contribution presents the design and implementation of a pipeline for producing scientifically accurate visualisations of large data sets. As a case study, we address the data archive produced by the European Space Agency’s (ESA) Gaia mission, which is repeatedly monitoring almost two billion (2000 million) astronomical sources during five years. Producing visually intelligible representations of such large quantities of data meets several challenges. Situations such as cluttering, overplotting and overabundance of features must be dealt with. This requires careful choices of colourmaps, transparencies, glyph sizes and shapes, overlays, data aggregation and feature selection or extraction. In addition, best practices in information visualisation are sought. These include simplicity and avoidance of superfluous elements. The amount of data requires systems that are deployed at the archive infrastructure and non­brute force approaches. The pipeline here presented has been approved for producing official deliverables of the ESA Gaia mission.