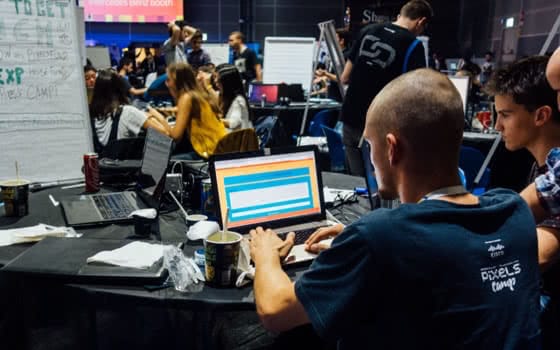 PixelsCamp, the largest hackathon in Portugal, was held between last Thursday to Saturday. During the event, teams had 48 hours to come up with a new idea and implement it. The event sponsors awarded prizes to the top 10 ideas presented in 90 second pitches.

Salazar, the project developed by Alcides Fonseca and the rest of his team was considered the best project by the total of participants and jury members.

This was the second straight year that this team wins first place, never achieved by any team in the PixelsCamp/Codebits series.