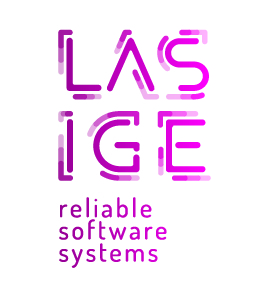 Spectrum-based Fault Localization (SFL) approaches aim to efficiently localize faulty components from examining program behavior. This is done by collecting the execution patterns of various combinations of components and the corresponding outcomes into a spectrum. Efficient fault localization depends heavily on the quality of the spectra. Previous approaches, including the current state-of-the-art Density-Diversity-Uniqueness (DDU) approach, attempt to generate “good” test-suites by improving certain structural properties of the spectra. In this work, we propose a different approach, Multiverse Analysis, that considers multiple hypothetical universes, each corresponding to a scenario where one of the components is assumed to be faulty, to generate a spectrum that attempts to reduce the expected worst-case wasted effort over all the universes. Our experiments show that the Multiverse Analysis not just improves the efficiency of fault localization but also achieves better coverage and generates smaller test-suites over DDU, the current state-of-the-art technique. On average, our approach reduces the developer effort over DDU by over 16% for more than 92% of the instances. Further, the improvements over DDU are indeed statistically significant on the paired Wilcoxon Signed-rank test.

This talk is based on the paper “Diagnosing Software Faults Using Multiverse Analysis” co-authored by José Campos, LASIGE integrated member and it has been accepted for publication at the International Joint Conference on Artificial Intelligence (IJCAI2020), a top-ranked artificial intelligence conference that will be held in January 2021 either in a virtual event or in Yokohama, Japan.

Bio:
Prantik Chatterjee is a PhD student at Indian Institute of Technology Kanpur. His research interests lie in the domain of program verification & testing, machine learning and computational biology. He is currently working on spectrum-based fault localization and designing a distributed framework for bounded model checking. Previously, he has worked as a researcher at Indian Statistical Institute Kolkata and received his masters degree from Indian Institute of Science Engineering and Technology Shibpur.