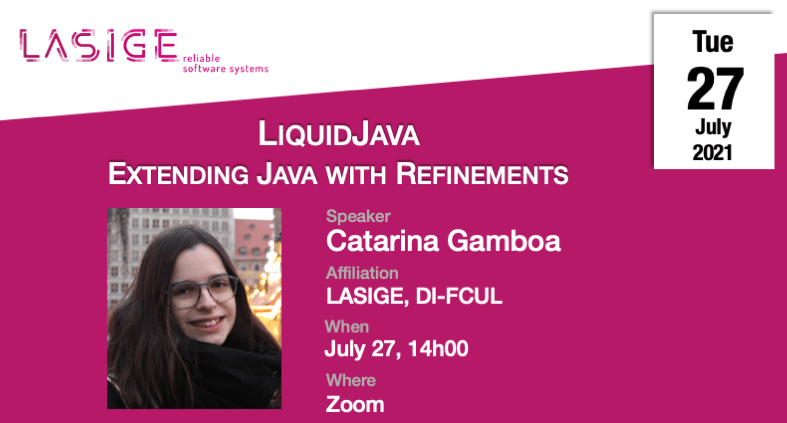 Abstract: This talk presents LiquidJava, a project that aims to integrate Refinement Types in Java, one of the most popular programming languages in the world, while adapting their design to the language features and the developer’s common problems. We have developed a refinement type checker and an editor plugin that provide Java developers with the ability to gradually adopt refinements and detect and fix bugs in their programs before even running the test suite.

Bio: Catarina Gamboa is a Masters student at the Faculty of Sciences, University of Lisbon, and a student researcher at LASIGE. She received her BSc in Computer Science from the same faculty. Her current research focuses on the development of an additional type-system with Refinement Types on top of Java, to allow developers to express better restrictions on the code and discover more bugs before executing the programs.
Previous » « Next