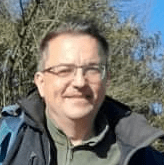 Title: Bootstrapping a Concurrent Compiler
Speaker: Gergely Buday, MATE
When: Monday, April 12, 14h00
Where: FCUL, room 6.3.27
Abstract: The idea I pursue now is to write a verified bootstrapping compiler for a concurrent functional language, along the lines of Concurrent ML. I am at the very beginning. In this talk, I would sketch what Concurrent ML is, and what is the work I would build on, from the CakeML research group. CakeML is a sophisticated multiple-pass compiler, but Myreen published a minimalistic bootstrapping compiler I can build upon.
Bio: I graduated from the Technical University of Budapest in 1997 as a Computer Engineer. In the 2000 years I worked as a software engineer, the most notable was a 5 years period at Siemens. There I worked for the Radio Commander project, a mobile telecommunication network management application: I maintained Perl and Shell scripts for a continuous development and integration system. Since 2012 I work for a small university campus in my home town Gyöngyös.
Previous » « Next