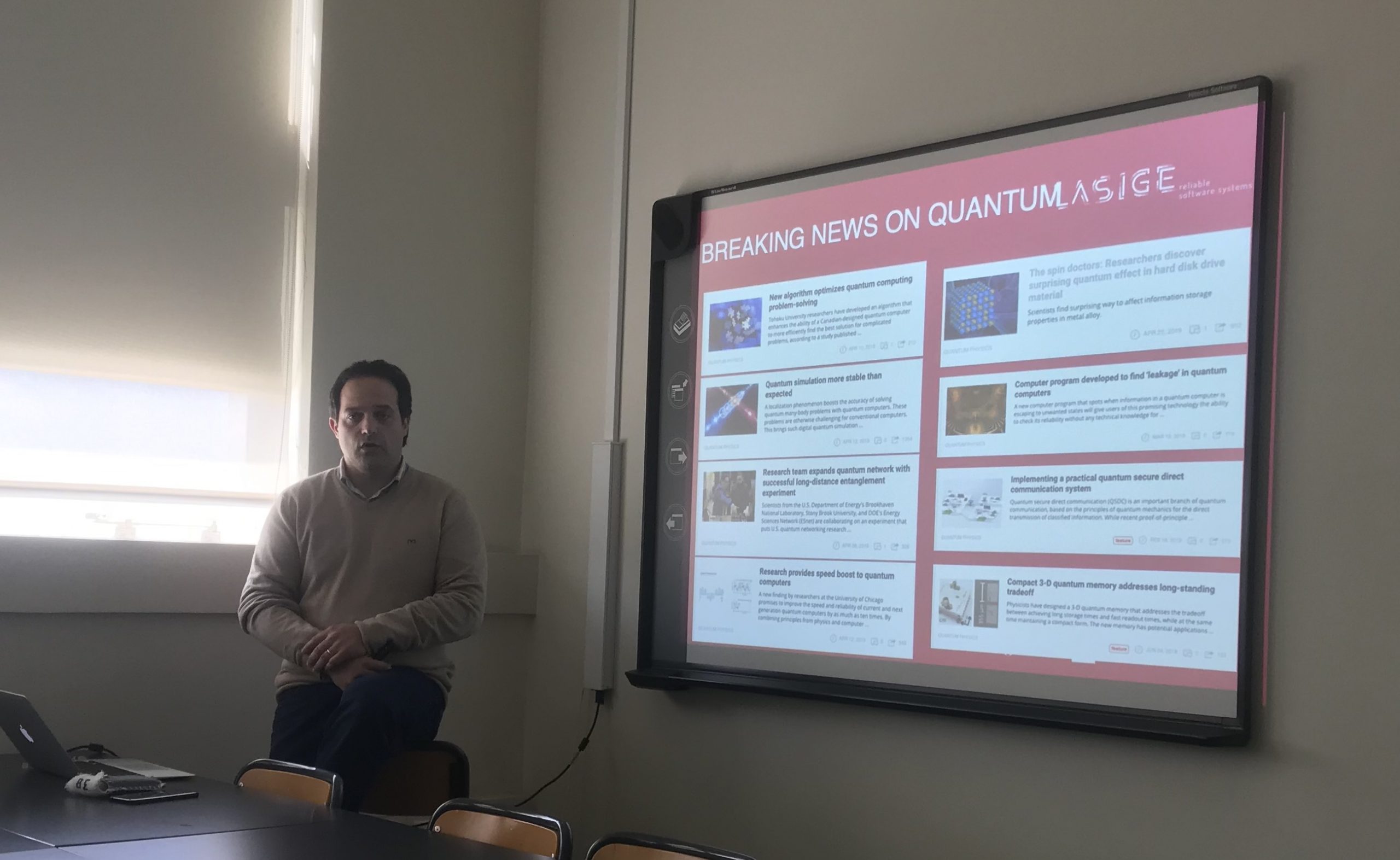 Title: (Almost) all there is to know about quantum cryptography

In this short talk we discuss one of the powers of quantum computation. One of the most proficuous use of quantum is in cryptography realm. For that reason we will take a tour on cryptographic primitives, like Oblivious Transfer (OT) and Bit Commitment (BC) and explain why quantum can be useful in this particular topic. We present a new protocol for BC that avoids the no-go theorems with minimal assumptions that is universal composable.

Born in 1982 in the magnificent city of Porto, studied at FCUP where he graduated in Math and conclude his PhD in 2011 with the thesis entitled Individual Information Measures: Applications to Computational Complexity.He was a postdoc at the Security Security and Quantum Information Group at Instituto de Telecomunicações. Currently he is an assistant professor at Departamento de informática. He is one of the Portuguese member at the Security Board of European Earth observation program Copernicus.