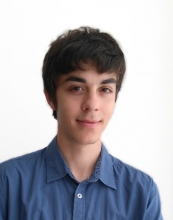 HeadREST is a language with a rich type system that supports the specification of semantic aspects of RESTful APIs, that cannot be expressed in currently available interface description languages. Despite it’s expressiveness, the language suffers from some usability problems; it also lacks support for the specification of properties related with authentication and  authorization, an important aspect in APIs that are publicly exposed in the web.

In this talk, I will present the new developments on HeadREST, in these two different fronts: improve the usability of HeadREST and equipping it with the ability to specify security policies. I will start by giving a brief overview on how authentication and authorization are addressed in several REST specification languages and, then present the solution that was developed for HeadREST. Then, I will present the changes introduced in HeadREST in order to improve its usability and present the result of a user study that was conducted to evaluate the impact of the introduced changes.