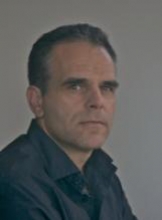 Abstract:
There are different shades of types, session types in particular. On the one end there is darkness, the world can only be grasped at an arm’s length. One can move one step forward but that will only yield another arm’s length of understanding. The world remains finite, inductive. At the other extreme there is absolute light; one can see at unimaginable distances and beyond. This is the infinite, coinductive world. We study important properties of session types and processes in these worlds, such as type formation, process reduction, and soundness. [Joint work with Simon Gay and Diogo Poças]

Bio:
Vasco T. Vasconcelos is a full professor at the Department of Informatics, Faculty of Sciences, University of Lisbon where he has been lecturing since March 1996. He is currently the director of the LASIGE research lab. He received the M.Sc. and Ph.D. degrees in computer science from Keio University (1992, 1995), and the habilitation title in informatics from New University of Lisbon (2003). Spent a sabbatical semester at Kyoto University in Autumn 2016 and a year at University of Sussex in 2002-03, was at New University of Lisbon, first as a post doc, then as teaching assistant in 1995-96, and worked at Sony Computer Science Laboratory, Tokyo, in 1993-94 while a Ph.D. student. Vasconcelos is a founding member of the Gloss research team at Lasige. His research work centers on programming languages for concurrent and distributed programming, type systems, process calculi, and specification and verification of computer systems.