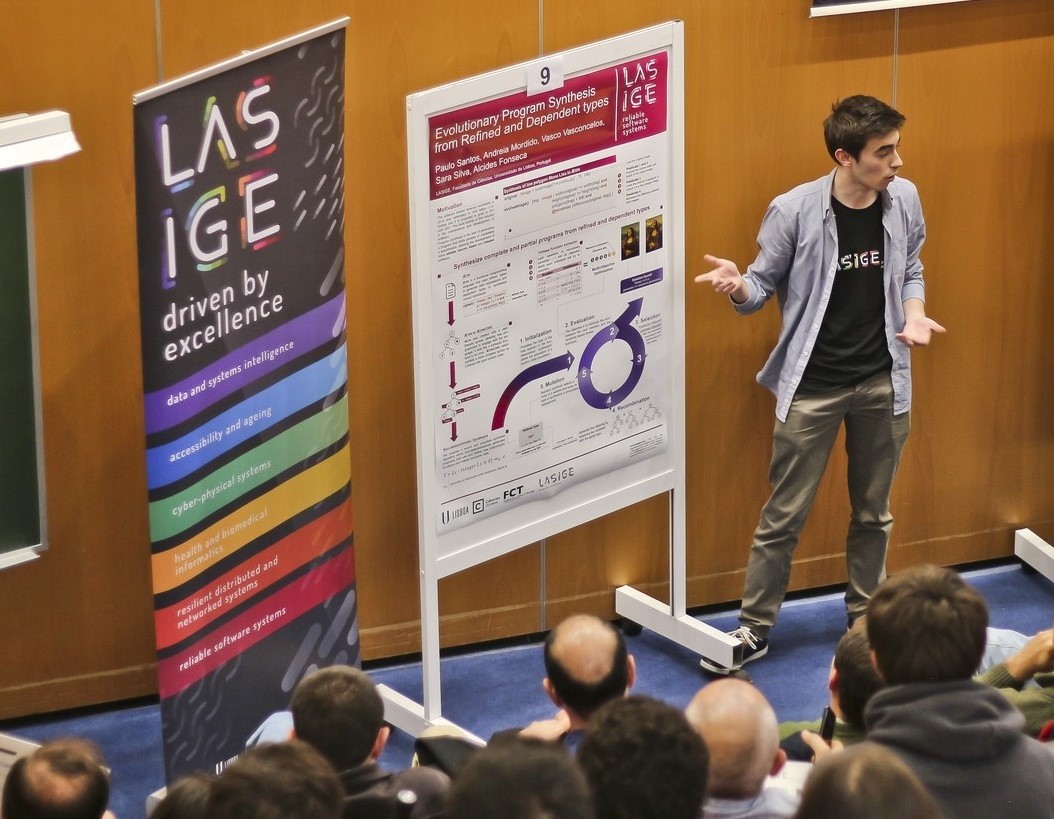 The industry of software development has been increasing exponentially in the last few years. The overwhelming need for software development and maintenance have forced big enterprises to increase their resources to keep pace with the demand. The need for experienced programmers, however, outgrows the current available professionals. Throughout the years, programming languages have evolved and increased their abstraction level allowing a quicker development of software. Current research on code automation (also known as program synthesis) allows a next generation of programming languages to raise, ensuring software is not only faster and cheaper but also more reliable and secure. Program Synthesis corresponds to the task of constructing a program that satisfies a formal specification. The proposed approach takes into consideration refined types to reduce the search space of all correct programs and dependent types to evaluate the validity of generated correct programs. By using genetic programming, we combine multiple individuals throughout the generations until we reach a valid and correct program.

Paulo Santos is a Masters student at the Faculty of Sciences, University of Lisbon, and a student researcher at LASIGE. He received is BSc. in Computer Science from the University of Lisbon in 2018. His main research interests focus on the combination of type theory and evolutionary computation in program synthesis and automatic repair systems.