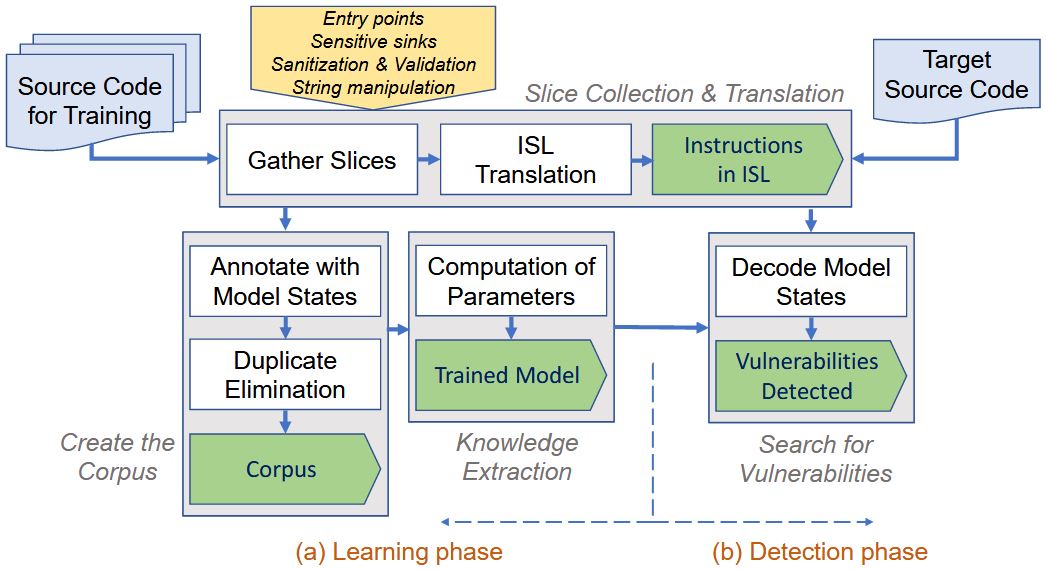 The goal of the work was to present an alternative approach to traditional static analysis tools, in which tools learn to detect web vulnerabilities automatically by resorting to NLP. The approach employs a sequence model, more concretely a Hiden Markov Model (HMM), to learn to characterize vulnerabilities based on an annotated corpus. Afterwards, the model is utilized to discover and identify vulnerabilities in the source code. It was implemented in the DEKANT tool and evaluated experimentally with a large set of PHP applications and WordPress plugins.